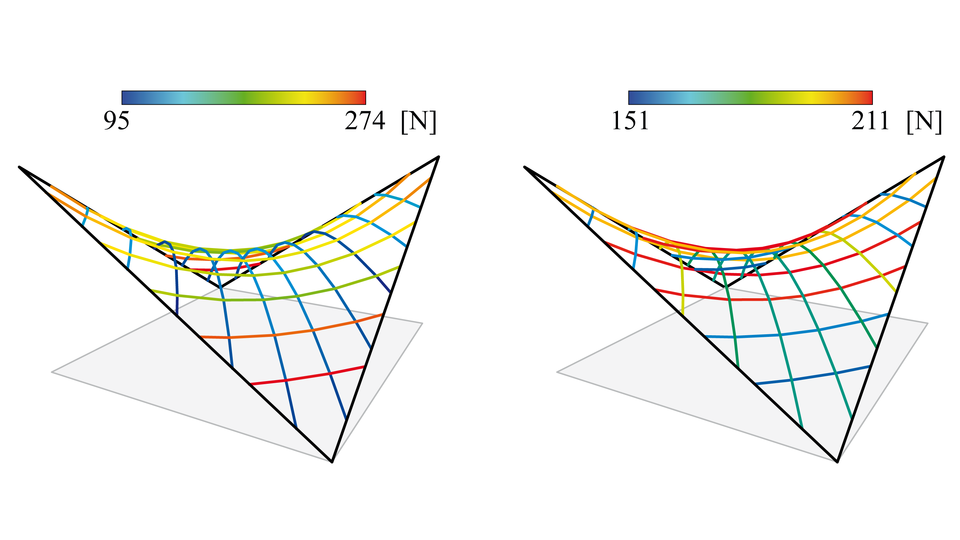 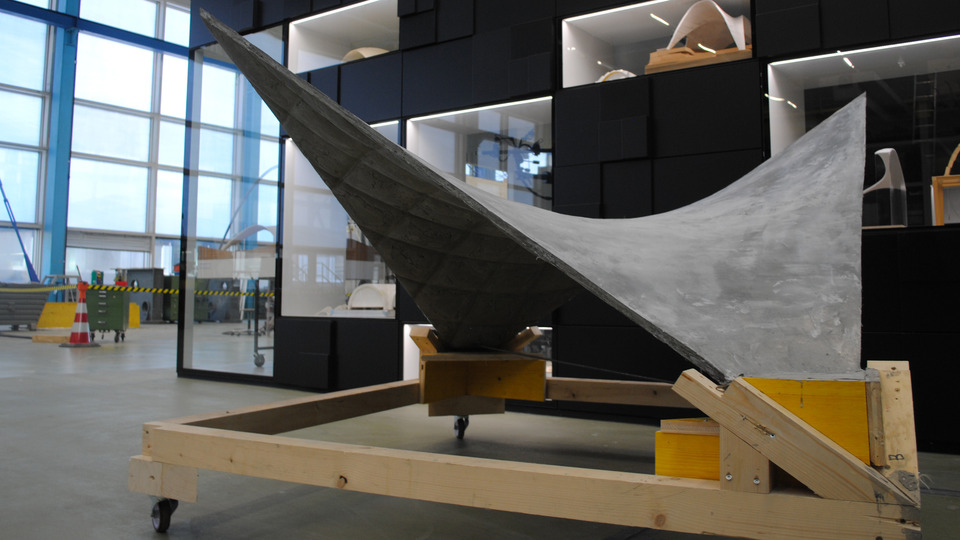 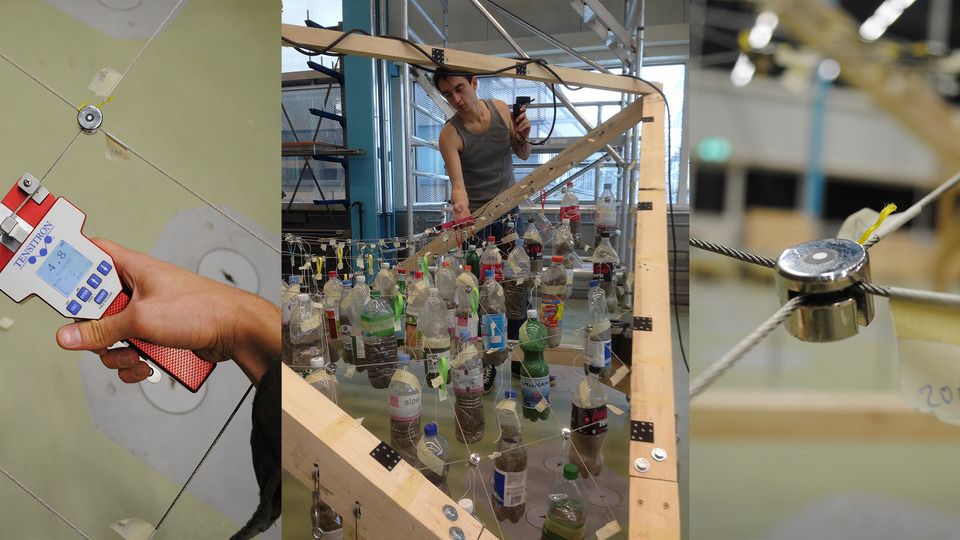 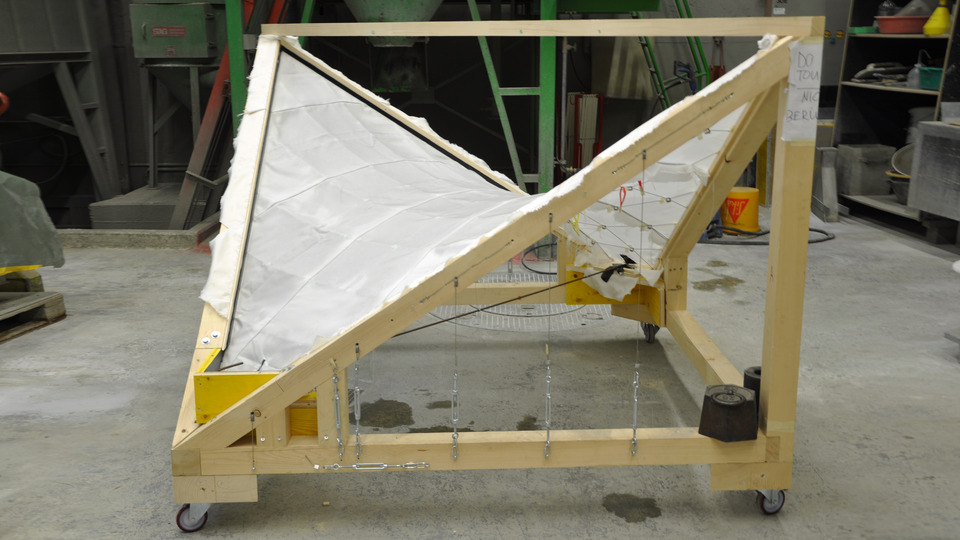 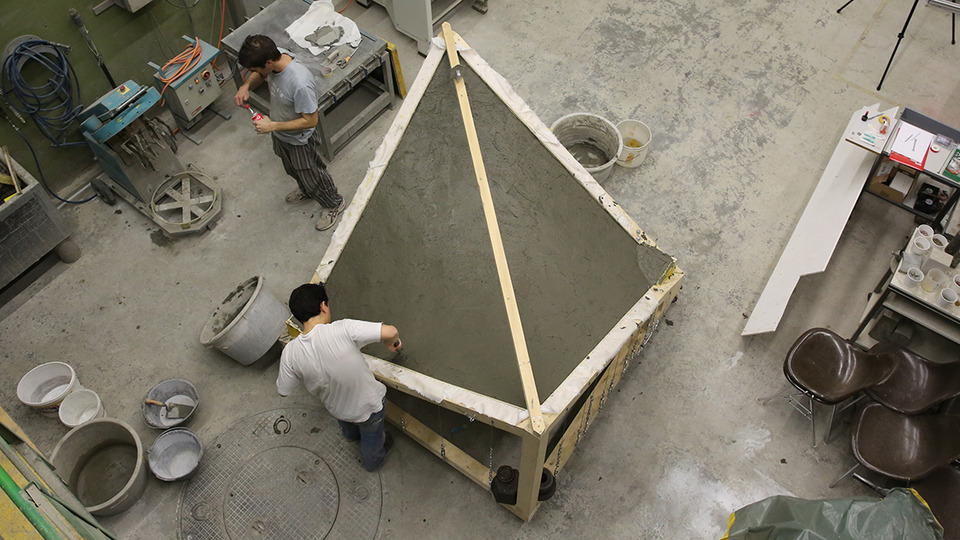 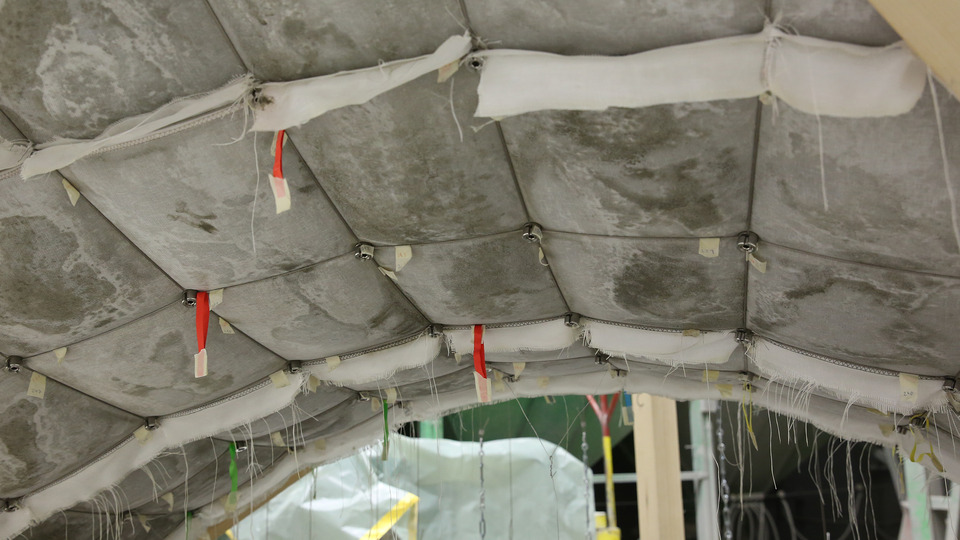 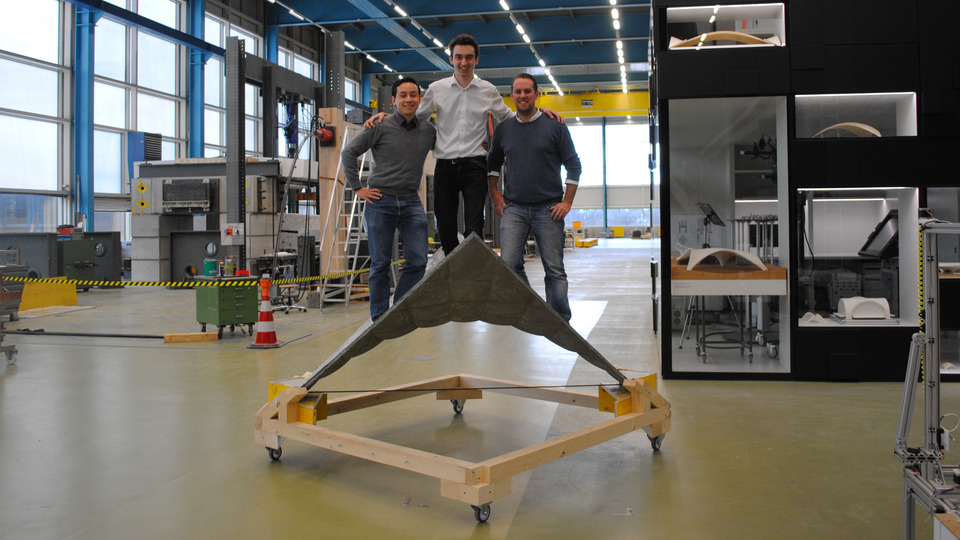 Prestressed fabrics can be applied as formwork for anticlastic shell structures. By combining a cable net with fabric, it is possible to scale the concept of fabric formworks to the size of large-span roofs and bridges, especially when applying a thin coat of concrete or mortar to form a shell structure. By carefully designing the cable net and its topology and calculating and controlling the prestressing forces, it is possible to form a wide range of anticlastic shapes beyond those of the hyperbolic paraboloid. A complete workflow for the computational design and optimization of a shell shape and its corresponding flexible formwork has been developed as a proof-of-concept for future work. Prototype shell structures were built based on this workflow to validate the overall approach and identify further challenges.

The concept was used by Zwarts & Jansma Architects (ZJA) in Amsterdam, Netherlands, in collaboration with engineering consultants Iv-Groep in Papendrecht, Netherlands for the Landshape Wildlife Crossing, an entry for the ARC design competition in Colorado, U.S. The Block Research Group provided consultancy for the shell structure and the cable-net and fabric formwork.

A case study was the subject of investigation by engineering students Mathias Amstad and Paul Mayencourt, both studying at the Department of Civil, Environmental and Geomatic Engineering (D-BAUG), ETH Zurich, as part of their fourth-year Master's project during Spring semester 2012.

A prototype formwork and resulting shell structure were constructed in April 2013 as part of the research and development of the HiLo project as a proof-of-concept for a digital design workflow and the general constructional strategy. The same formwork was reconstructed in November 2013 by engineering student Mile Bezbradica to further investigate control and measurement of the cable-net shape and prestresses. This experiment was supported by David Novak and Prof. Konrad Schindler of the Chair for Photogrammetry and Remote Sensing. A second prototype was then cast in February 2014 improving on some of the constructional details.

As part of the NEST platform, the roof of HiLo is set to be constructed in 2019 featuring a full-scale cable-net and fabric-formed thin shell concrete structure.

For the paper “Novel Form Finding Method for Fabric Formwork for Concrete Shells,” presented at the IASS 2010 Symposium in Shanghai, China, Dr. Tom Van Mele and Prof. Block were awarded with the prestigious IASS Tsuboi Award for the most outstanding paper presented and published in the Proceedings of the IASS Symposium.